Home > About us > Our Staff > Dr Barbara McKenzie-Green 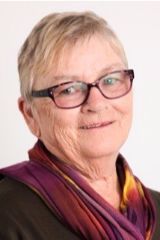 I am interested in aged residential care because it is a complex environment and those who live there do so because they have complex situations. I have immense respect for older peoples’ strength and resilience in these settings and my respect extends to those older people living in the community where I have also conducted studies relating to perceptions of oral health and those who age with a lifelong disability.  As a result of this expanding interest, I have recently joined a research team conducting a study into the valuing of formal and informal caregivers of people living with dementia.

Currently I am working with a research team on valuing formal and informal caregivers  of people with cognitive impairment.